Episode 4: The Case of the Sneaker Syndicate 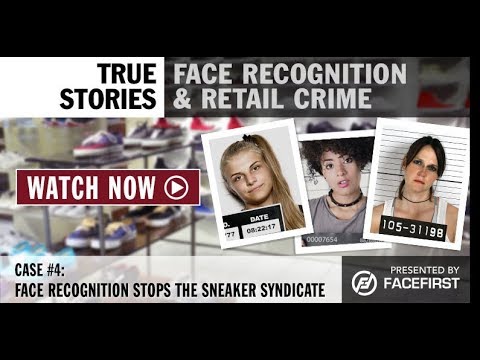 When it comes to deterring Organized Retail Crime (ORC), the most effective deterrent is a face recognition network deployed across an entire retail chain, alerting Loss Prevention (LP) teams the moment a documented shoplifter enters a location. And while we primarily see face recognition as a crime prevention technology, It can also lead to apprehensions.

Episode Four of our True Stories of Face Recognition and Retail Crime series, The Case of the Sneaker Syndicate, reveals the true story of how face recognition stopped a gang of shoplifters who specialized in running off with thousands of dollars worth of athletic apparel.

The Sneaker Syndicate consisted of an ORC gang with a reputation for stealing high end sneakers and athletic gear. These women used a typical grab-and-go theft model, in which they would enter a store, pick up high end footwear and other athletic apparel, and then run out of the store as quickly as possible and into the parking lot outside, where their getaway driver would be waiting for them.

Organized retail crime (ORC) costs U.S. retailers approximately 30 billion each year, according to the National Retail Federation. The Sneaker Syndicate are a classic example of an ORC gang, picking their targets strategically and deliberately, and often hitting the same retail brand over and over again.

HOW FACEFIRST SOLVED THE CRIME

With face recognition, there’s no longer any excuse for letting a shoplifter commit the same crime twice. After one retail location was hit by the Sneaker Syndicate, the LP team was able to look back at VMS surveillance footage and identify the criminals. They then enrolled the suspects in their private and secure watchlist. This was crucial, because shortly thereafter, the Sneaker Syndicate was detected hitting a second location. This time, LP was alerted instantly. The LP team then notified local law enforcement immediately, who were waiting in the parking lot to arrest the Sneaker Syndicate. Thanks to face recognition, the merchandise was recovered, and the perpetrators apprehended.

Want to watch the rest of the videos in the series? Click here.

This is just one example of how face recognition protected merchandise and helped bring an organized retail gang to justice. If you’re interested in learning more about why face recognition offers the fastest and most dramatic ROI of any retail security, contact us today.

Retail Security
Previous PostTop 10 Questions to Ask About Face Recognitio...
Next PostFive Reasons Why More Retail Chains Are Set t...
Visit FaceFirst at NRF: Booth 4030
FaceFirst uses cookies to enhance your experience and to help us better understand how you use our website. Learn more about setting cookie preferences here. By continuing to browse, you indicate your agreement.
×