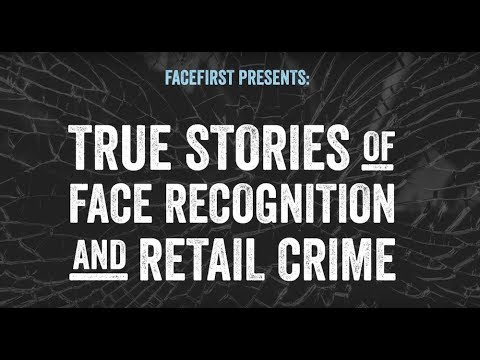 Each day, FaceFirst customers around the world use our facial recognition platform to prevent shoplifting and organized retail crime. While it’s common for our customers to apprehend retail thieves and recover merchandise, we occasionally hear a customer story that’s both memorable and mind-boggling.

In this episode of True Stories of Retail Crime, we’ve focused on an incident known internally as The Case of the Fake Budweiser Delivery Man.

A man dressed up like a Budweiser delivery man and entered a major grocery store chain. He pretended to be delivering cases of Budweiser, but in reality, he was stealing cases of beer.

Without face recognition, shoplifters are caught on average just once every 48 times they steal (see more retail crime stats here). But once face recognition is installed, it’s incredibly difficult to get away with the same crime twice. Our team at FaceFirst is proud to be helping to create a world in which every single beer—and all other merchandise—remains safe from the hands of thieves.

How FaceFirst Solved the Crime

The first step toward bringing this perpetrator to justice was when our customer noticed a loss in their beer section. They were then able to use surveillance video to recognize that a man dressed as a delivery man was actually stealing beer.

The man undoubtedly thought that he had gotten away scot-free. But what he didn’t realize was that our customer then enrolled his image in their face recognition watchlist.

The moment the store’s management received the alert that this individual was back in their store they called the police.

As the man was traveling out to the parking lot with a dolly stacked with cases of beer, he had an unpleasant surprise awaiting him. He was apprehended and hasn’t returned to the store since.

This is just one example of how face recognition protected merchandise and helped bring a criminal to justice. If you’re interested in learning more about why face recognition offers the fastest and most dramatic ROI of any retail security, contact us today.

face recognitionFacial RecognitionRetailRetail Securityshoplifting
Previous PostShoplifters meet their match as retailers dep...
Next Post5 Key Factors for Government Agencies Evaluat...
Visit FaceFirst at NRF: Booth 4030
FaceFirst uses cookies to enhance your experience and to help us better understand how you use our website. Learn more about setting cookie preferences here. By continuing to browse, you indicate your agreement.
×